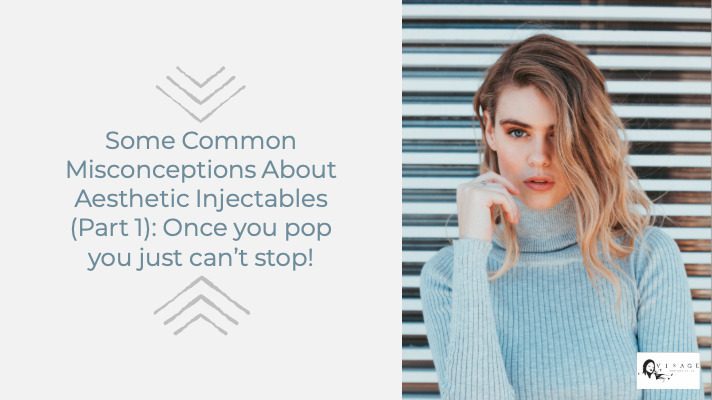 When we first arrived on the aesthetic injectables scene in the mid-2000’s the classic treatment for the woman over 40 was to fill their nose-to-mouth (nasolabial) lines with dermal filler. For a first-timer, receiving this treatment gave incredible satisfaction for both the practitioner and the client. This little taste of cosmetic magic meant that suddenly there existed the possibility of achieving an impressive age-defying result, which took only ten minutes but could last a year and… yes in a lot of cases this was a treatment that could take five or more years off a client. The client would notice that their makeup would stop collecting in the nose to mouth folds and they would stop seeing those dark lines and shadows in their photos and think, “flip, I should have got this done years ago, what was I so scared off? I could have prevented these bad boys from setting in permanently had I have known!”

One thing that holds back some people from giving injectables a try, is the misconception that it’s a ‘slippery slope’ and that ‘once you pop, you can’t stop.’ They think that once starting into injectables, they’ll need to keep it up for the rest of their life. They aren’t ready for that commitment or another obsession, as life is already hard enough! So it’s nice for me when I get to be the voice of reason and offer reassurance that treatments only last for as long as Toxin and fillers last! For toxin (anti-wrinkle injections), that means 3-6 months and for filler, it’s 6-12 months, depending on the type used and the area of the face treated. I encourage a balanced and gradual approach, where goals are set that are achievable and natural. I advise that even treatment once a year can prevent the signs of ageing – and that tends to be something that most of us care about to some extent.

Whilst injectables treatment is working, the ageing process slows down and when the lines very gradually arrive back there will be no residual effect. Muscles won’t have warped into a strange shape and won’t be weaker or stronger.  Take a look at this awesome example of some subtle dermal filler for the nose-to-mouth lines. Ask your practitioner to order some Dermal Revolution for you by sharing this link: dermalrevolution.com

Request a treatment with our trainer, Dr Aicken, at his London or Belfast Clinics If you are interested in expanding your career and training with us, clink on the following links to  see our upcoming course dates:

Here’s links to some of our other blog posts we think you might be interested in reading: